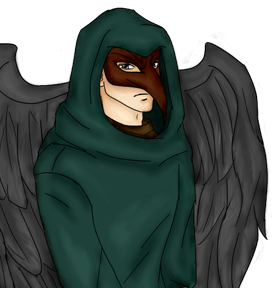 One of the magic-using bosses that you may encounter, he is called the Bird for obvious reasons. After hyping the dangers of magic so much, we wanted to introduce mutations to the magic-users. This guy’s are obvious, though not really detrimental. I wanted him to look like X-Men’s Beak, but Justin thought it was too ugly.

To be fair, that’s pretty ugly – but it would’ve highlighted the dangers more than seeming more like “Look! You get cool powers like wings and flight!”

What do you think?

One thought on “The Bird”